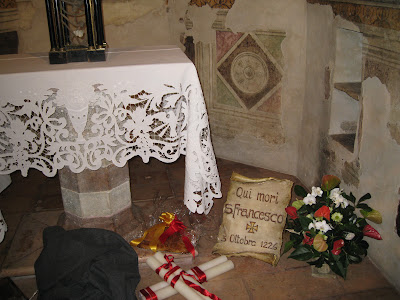 At the spot in the basilica where (before the basilica was built) St. Francis died is a gate behind which are a blanket, candle, and flowers. We kneel there. I take a picture. This is the physical place of his crossing from one life to the next. Is there an intensity in the air here? Is there an opening in the fabric of space and time? I'm new in this relationship with the "little man from Assisi," the "troubadour of God." The people with whom we traveled, most of the other pilgrims, were professed to follow his Way as Third Order Franciscans. Among them I was very much a novice. But despite this I think that I could feel his spirit, his burning love, his desire that God be his All.
Outside the basilica, preparations were taking place for a parade in the square at St. Mary of the Angels. For hundreds of years this feast and the next day's feast of St. Francis were a national holiday in Italy. Each district brought its produce to the square, bands played, people danced, politicians pranced, flags were waved, costumes were worn. It's still happening. John and I, along with some of the other pilgrims, sat or stood for a while where the marching band had gathered. Then we wandered around the square. What a swirl of emotions! Deeply spiritual intensities with carnival atmosphere, with medieval traditions. 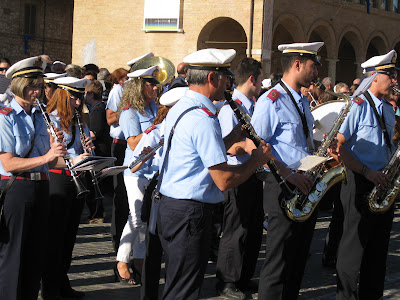 The local band gathers. A real community representation of musicians including quite young children, not shown on this picture 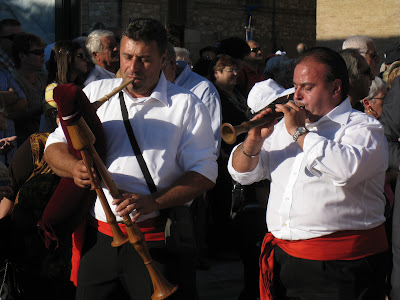 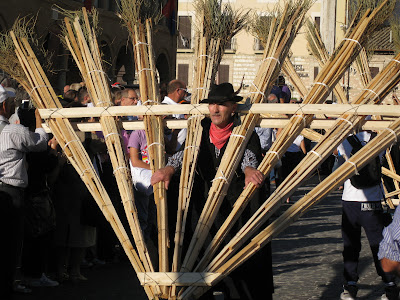 "We shall come rejoicing, carrying the sheaves."
The wheat-growers were featured at this celebration--each one carrying two more sheaves than the last, up to ten. 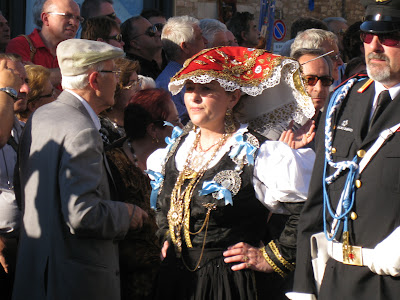 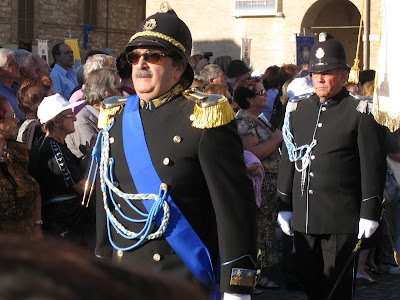 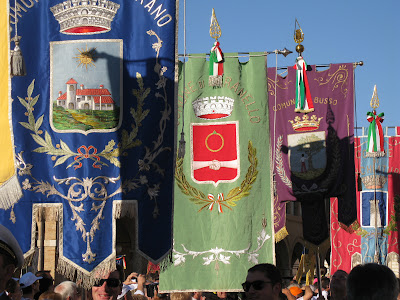 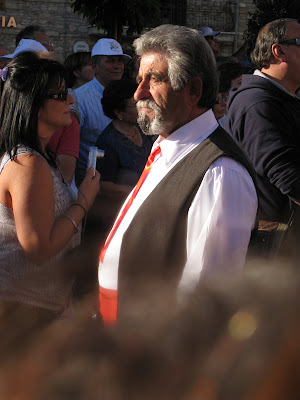 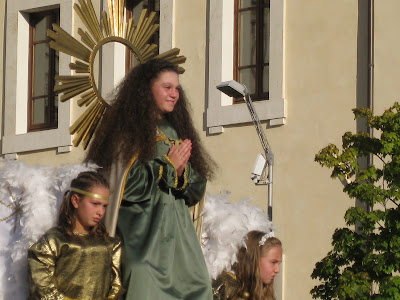 "Mary of the Angels" for the day. These children were carried on the shoulders of young men--on large wooden planks--bounced up and down so the angels' wings would flutter. 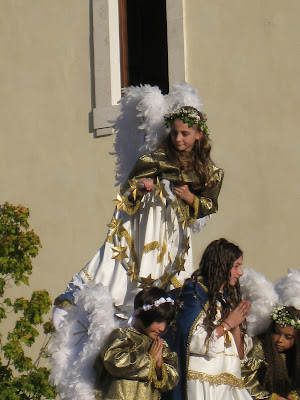 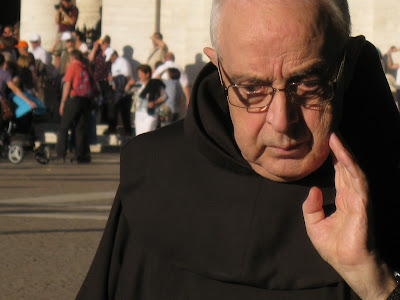 "Hummm...tell me again--what does all this have to do with the transitus of St. Francis??"
Email Post
Labels: Italian celebrations Pilgrimage St. Francis