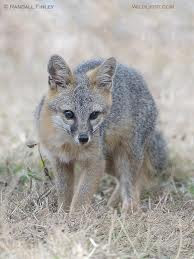 Yesterday evening we heard a thump on the back deck. John looked up from his reading. "What was that?"

I shrugged. Then it happened again, a little louder this time. I looked up from my own reading and leaned over the back of the couch which is right in front of the glass sliding doors. Not more than three feet from me, looking into the house, was a gray fox much like this one. We locked eyes. He knocked again with his nose on the glass. Apparently I didn't scare him because he didn't shy away but got his fill of the scene and then ambled over to take a look at John.


We've had several "visitations" from the wild lately, but this was extraordinary. So close. Probably the fox was new to this world, a kit. He was smaller than Mo who is only seven pounds. In fact, they look alike. So we called to Mo to meet his fine canine cousin. That was the moment that the fox chose to saunter into the darkness.

There is a thin place where worlds intersect. Communication is possible there. John spoke to a circling hawk today, and the bird swooped down close to him. A black tailed doe didn't move from the back yard when I walked towards her murmuring words about her beauty. Gen says the hummingbirds come when she calls. It's important to remember this. What is wild in us can be more gentle than our rational minds with their sharp edge of logic. What is wild can also be more--well--wild. A cougar could, for instance, probably feel the pounding of my wild heart were I to encounter her on Sterling Ditch Trail. We might have any kind of meeting imaginable there in that thin place.

No wonder so many indigenous peoples considered such encounters sacred. The mystical encounter with the fox closely resembles that mystical encounter at the other pole of our human experience -- the thin place between human and divine. Both encounters resist language -- poetry might come close, or prayer. But the true language of that intersection of world is silence in the space between two beats of the heart.
Email Post
Labels: animal spirits thin places