FRANCIS AND THE LEPERS 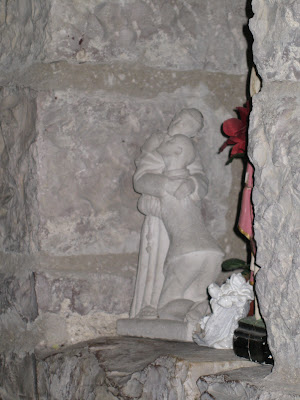 Once upon a time Francis of Assisi despised lepers. And who didn't? Probably the emotion was more one of fear, even terror. I don't need to explain this. But something happened to him. A dream. A vision. Who knows anymore? Something powerful happened, and for him, as a result, Christ was there. Christ showed himself present in (as?) the leper, and Francis kissed him.

In the deep valley below Assisi, below St. Mary of the Angels, below most everything stands a little stone chapel. It is at a place called Rivotorto, and is the site where Francis and his friars served the lepers. Look up the hill. It's a straight path down to this place. All the refuse would flow down here. Malaria would be rampant here. Disease of all kinds would have flourished here. Francis and his friars built huts and lived in them while they served.

The chapel now is in a little neighborhood and is cared for by a woman who lives next door. She holds the key, and was not home when we arrived. Possibly we would be unable to go inside, but just as we were about to leave she drove up. Some divine intention wanted us inside. 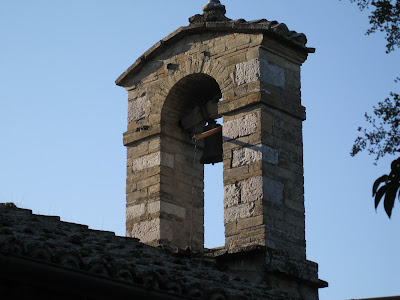 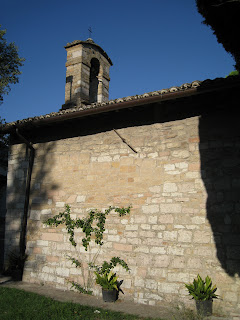 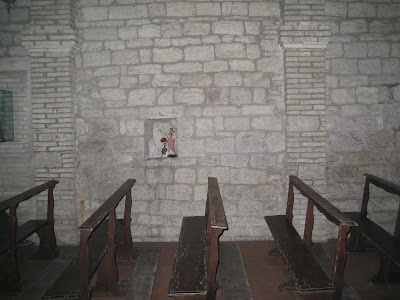 "Who or what is the leper in your life?" All of us pilgrims were asked to consider this question. What is it that I fear to embrace? What is it I despise? The people in the time of Francis thought leprosy was a punishment for some profound and hidden sin. What do I think is so evil I don't want to be in its presence in case it is contagious?

These days we are asked to embrace our shadow, the darkness within, that aspect of our personalities we've worked a lifetime to keep in check. We're told it holds the power of our creativity. The fear is that the shadow self will release chaos into our lives. It's the leper. That's what we think. Could it be it contains the face of Christ? Or is that too simple? What is it then? The suffering Christ? The one who took on everything we fear and hate? The one who surrendered to be broken open like an egg. Is that what the shadow is? The leper? What in me needs breaking, needs to be poured out, to be freed, released?

I wonder that now as I wondered it that day in Rivortorto. What have I consigned to the valley of darkness? What do I need to find down there, in the soul's depth? What in me do I need to kiss?

Email Post
Labels: Darkness in the soul Francis and the leper Pilgrimage Shadow