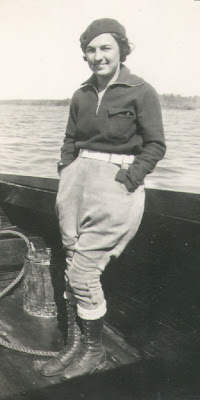 Today, August 31, my mother would have been one-hundred years old. I'm grateful for the words of Kathleen Jesme, Mama's dear friend and mine: "It's that time of year, again, when I think much of your mother. She was born and died in August, and I think she was an August person--redolent with life, golden, richly hued in temperament and personality. She was of the moment when everything reaches its fullness, that same moment at which it begins to fall." 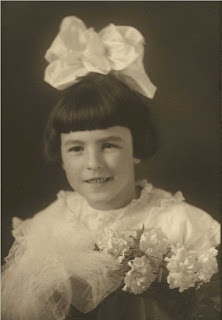 It's true. She lived life at its apex, a stance not always easy—maybe never easy. She could see the chasms all around her, the way the darkness filled them while she danced there in the sun. "This is the first year I failed to dance the New Year in…" she commented in her diary at the beginning of 1931. That was the year she discovered she was ill with TB and would spend over nine months in a TB sanitarium. Much of her life was like that, I think—the moment of fullness just before the fall. 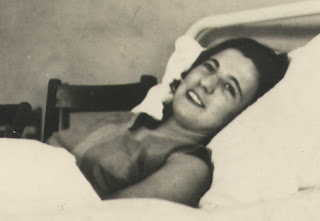 Some years ago I wrote a still unpublished memoir about the two of us which began like this:

After she died in 1993, I put my letters from Mama in plastic page-savers, organized them by date, and stored them in a black loose-leaf notebook. It’s here, by my chair on the bottom shelf of my bookcase. If I begin to read a letter, my mind calls up her voice. I don’t do so often, not because I don’t want to hear her, but because I do, and the pull of her upon my heart reveals another cord that never broke. 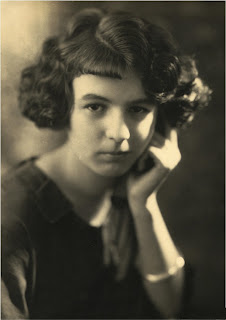 Mama’s old typewriter sits on a little stand against the wall in front of me, under a photograph of her from 1923. I’ve placed two dried red roses behind the corner of the frame, because of her name: Alyce Rose.

Her letters bear the personal marks of her now ancient Smith Corona. Some of the lines are skewed to the side. Some letters aren’t inked as well as others. She used a ribbon divided between red and black so she could emphasize certain words not only by the pressure of her hands on the keys, but by color. 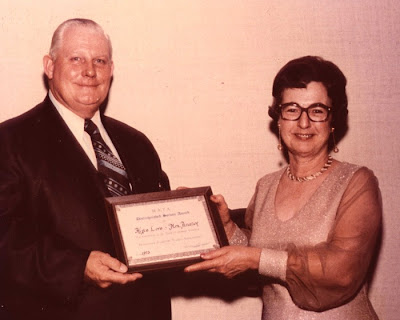 I’m older now than she was then and I’ve observed her future right through to her death and past her death almost fifteen years. But her letters—the word—connects us in a moment outside of time, a concept the poet T.S. Eliot explored extensively in Four Quartets: "Burnt Norton," moving toward his description of the locus of an eternal moment, the gathering of past and future into his famous "still point…" 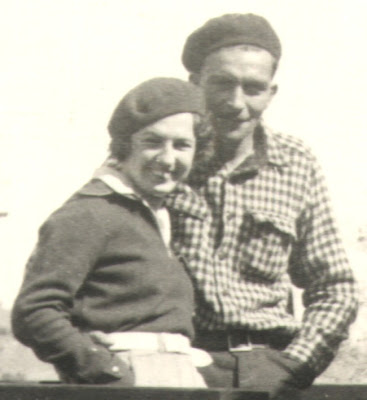 “The words are in my fingers,” my mother used to say, and her words collapse time. Instinct warns me that by following the trail of her words, I will walk the path not only of her life, but of my own. Do I want to make that journey? Does it matter what I want? Must I follow it, regardless? The word is where the dance is. Maybe if I follow her, we can dance together upon this trail to that August Apex that her life represents. 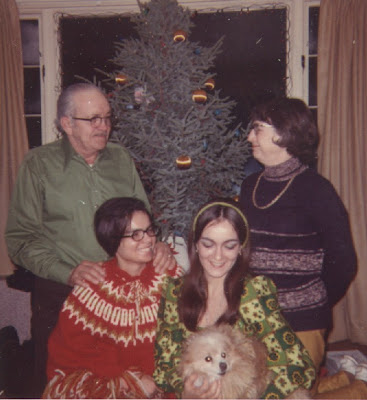 Unknown said…
Christin,
What a beautiful reflection on your mother and your connection to her. She had depth and richness and humor and a lot of love. What a wonderful inheritance for you have those and more in abundance - you can celebrate her and appreciate her in so many ways.
It is hard to remember that she was younger than I am now when I met her; the years slip by swiftly, August by August but the memories remain rich.
Thanks.
Bill
August 31, 2010 at 2:09 PM

Helen said…
Christin,
This filled my heart and soul with such joy. Thank you for sharing these precious memories and lovely thoughts of your Mama.
It is such a precious gift to have wonderful memories of our mothers and what we carry from them on our walk.
I love your Mama's Christmas date bread recipe that you shared. I think of you when I make it and now I will also think about your Mama.
August 31, 2010 at 5:31 PM

Christin Lore Weber said…
Heartfelt thanks for your comments--each of them. I came back here tonight to look at her pictures again, and there you were! Thank you for honoring Mama this way on her birthday. I know she is blessing each of you from her eternal home in the Heart of God.
August 31, 2010 at 7:10 PM

Terri said…
My mother was born on August 4 and died on Sept. 21, just 6 years ago. I had a complicated relationship with her, she was brilliant, witty, loving, and damaged from an abusive childhood. (sigh)....anyway, I love this reflection on your mother and your life together...
September 1, 2010 at 5:41 PM

Sarah Mullikin said…
Christin.....you know how I love tributes. There are just some thoughts that have to be written. I think that is sometimes lost these days, but what a blessing to connect with her the same way that she did with you all those letters ago. Beautiful....and I like your glasses ;)
September 1, 2010 at 5:56 PM