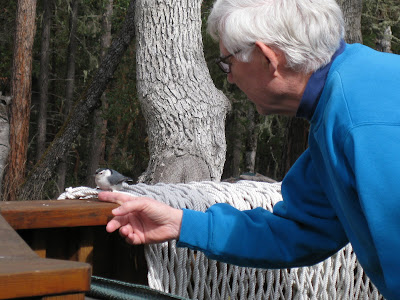 Two husbands died. I think it was Anne Sexton who said the husband is "the one who carries you through." Maybe she meant the threshold, but when I read it I thought she intended something closer to that place where mind meets heart, or soul intersects with reason, or body juts up against the flowing spirit. A liminality of some sort. The husband carries you across the precipice to the other side. Then it turned out my husbands were the ones who went through. Not me. Did I carry them?


Anne Sexton took it on herself and went through alone. Maybe she did. One cannot know such things despite appearances.

I said I would not act the part of a husband again. Live alone, I said to me, and liked the arrangement. The dying of a beloved, holding his hand when he goes—it's just hard. Know what I mean? Becoming a Beloved again after widowhood is more than my old friend, Doris, said of her choice to have an 80 year old man love her on weekends but never marry her. "I'm tired of washing men's socks," she told me. Granted, "socks" was no doubt a metaphor. But admitting the option of another marriage is more than that.

It's stirring the ashes of a fire that once burned. It's breathing those ashes. It's the dryness. It's the gagging and the tears. It's looking long into the empty furnace of the heart. It's the weight of the husbands forever after, the weight of their love. It's the presence. It's the wondering how the two of them are getting along in whatever realm follows this earthly one. Are they bound to one another, different as they are? Are they entwined like some spiritual rope? And if I add a third husband and he dies, what then?

Some things must not be said, but then again they must. They must be said, no matter the consequences.

The first husband told me, "death is not the worst of our fate." What is? Is it being left behind? That just sounds like self-pity, and I actually did like the freedom of aloneness. I liked riding the tractor mower and discovering I could fix the three-stage osmosis water filter underneath the kitchen sink. Widowhood's a complicated thing.

Then John Sack arrived in my life. I thought at first I would take Doris's approach. But too much about his presence felt like grace. He's an author; so am I. He's a former monastic; so am I. His is a contemplative spirit; so is mine. He lives simply; so do I. He wants to pray together; so do I. He wants us to read to each other; so do I. Both of us are septuagenarians. We feel that we've come home.

"And the days dwindle down to a precious few…"

Who will carry whom through? I wonder that, but it isn't enough of a wonder to turn me away from this risk of loving yet another time. So I rehearse. "I marry you, John…" (What might it mean that two of them are named John?) I marry you among these multitudes of souls, in this the beloved earth, for this moment and all the moments however many those might be. I marry you in surrender of control and acceptance of gift—mine to you and yours to me. I marry you in whatever brilliance and breath our God might be, in whatever magnificence and total love that is Divinity's self gift. I marry you in the commonness of our every day, the gentleness of touch, the stimulation of mind, the raising of spirit, the creativity of soul. I marry you with clouds for shelter, sunlight for witness, the moon to mark our transformations, God for the binding of our lives. I marry you for the culmination of this pilgrimage through the human realm and for the crossing of that threshold into what is More.

Let there be love. Let there be no end to it. Forever with all the beloveds for all eternity.