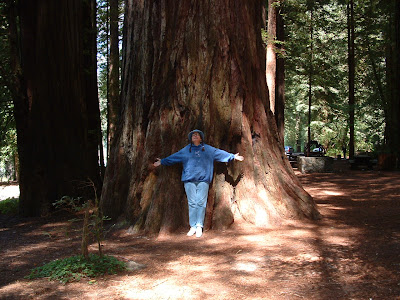 Thanks to Krista Karels for this photo

Yesterday I drove to town for Sunday Mass hoping for something a bit More than usual. Dreams had presented me with disturbing images of paralysis: being blocked by snowstorms, losing the wheel off my scooter as I tried to make my way south, and finding the house in which I'd taken refuge about to collapse in upon itself. The night before, I'd been thinking about the state of the world, wondering where the good fruits might be of the tree called "our generation." I felt like apologizing because with many of my colleagues I must have gotten it wrong, and I worried about every one of my students and all my readers just in case the vision I shared with them led to a dead end. Maybe a bit of this sort of thinking is the bane of approaching one's seventieth decade. I wished I could go back to the beginning, taking everything I'd learned along the way as a guide (do this again – don't do that; do something else instead.)

I got to Shepherd of the Valley and entered the big general purpose room we are using for Mass until the new church is built and sat close to the front. The "charismatic choir" was singing "Beautiful One, I adore…" and I took out my lapis rosary to which I hadn't paid enough attention lately. The way I'd felt, it seemed a good thing to meditate on those mysteries of Christ's life. But how could I keep from singing? So I sang, which caused Kathryn and Lou in front of me to turn around, take my hands, and smile at me. More music, clapping of hands, chatter of people greeting each other in the back, then five minutes of relative silence as we prepared for the sacred action we were about to undertake.

Father Theo is new in every way. Young. Just ordained. Just returned from years at the Jesuit College in Rome. Just arrived at Shepherd of the Valley as parochial vicar. He seems to have no walls around him, so that as he leads the liturgy –how can I describe this?—he waits upon the Lord. He's actually praying. I want to hold my breath, he's so transparent. (I sort of hope he doesn't read this. Probably he doesn't know the blog exists, so I won't worry.) Anyway, I told him after Mass how much the Holy Spirit blew through him in every way, a Divine Wind through his words, his gestures, his ability to be aware and incorporate the community happenings into the sacrament. So if he does chance to read this he probably won't be surprised that here I am raving about him once again.

No, I won't repeat his homily here. (Inspiring through it was.) But there's a story from this Mass that must be told.

Father Theo had invited the children to come forward for the Children's Liturgy of the Word. They numbered about fifteen, the youngest seeming no more than three—she was carrying her favorite blanket. He was in the middle of telling a story about his own childhood when his mom would sing back and forth with him: "Theo, do you love God?"

"Do you really, really love God."

When suddenly from the left of the worship space a boy of about eight or nine came running and yelling garbled sounds. Tourette's, I thought. He broke into the group of children, right in front of Father Theo, across the entire front of the room, turned the corner, and suddenly in the middle of the yelling and garble came the words, "JOY TO THE WORLD!" Then more yells and he was gone.

Father Theo grinned and in a low voice repeated, "Joy to the World," and then with a great flourish, lifted his hands and cried out, "Praised be to God!"

From that moment onward, throughout the Mass, within the community of people gathered, I felt the unmistakable presence of Something More that promises, "Behold, I make all things new." This includes small boys with Tourette's Syndrome who become prophets of the Coming Age – and seventy-year-old women and men for whom it is never too late to begin again.
Email Post
Labels: BEGINNINGS CATHOLIC LITURGY DREAMS God PRAYER WORLD TROUBLES

Christin Lore Weber said…
Yes...oh so yes! The child felt like the Divine Wind rushing through everyone and assuring us that despite all the pain and alienation we might see in this present world, Holy Joy will prevail.
September 7, 2010 at 7:38 AM

Stratoz said…
sounds like a fine place to hang out on a Sunday morning or any other time. as one who is "only" approaching 50 I hope I can approach 70 also. Not really looking forward to those dreams though ;')
September 8, 2010 at 3:46 AM

Christin Lore Weber said…
You may never need to deal with such dreams...for some reason I'm a really prolific dreamer...all my life it's been that way. So I think it has nothing to do with seventy years :)
September 8, 2010 at 8:28 AM